The Goldfields Nullarbor Rangelands Biosecurity Association has been conducting a desktop study into potential biological options to help control the spread of the declared weed, Bathurst burr (Asteraceae: Xanthium spinosum L.). Bathurst Burr is a significant weed on the Nullarbor and in the Eastern Goldfields.

Bathurst burr is an annual herb native to South America, thought to be introduced into Australia in the 1800’s. It has since spread across Australia. It grows in well drained soils of varying fertility, often along water courses. It’s seed pod (usually containing two seeds) is covered in hooked spines of straw colouring.

Management of this weed has been ongoing for many years, in an effort to eradicate it from the region. However, eradication has not been possible due to the widespread and often remote infestations. Management of Bathurst Burr has relied on finding areas of the weed and mechanically or chemically destroying it. This is costly and relies on patches being found and reported and revisited to ensure full effectiveness.

It is reported that Bathurst burr currently effects approximately 5000km2 land in this region. It produces seed contained inside burrs that easily attach to sheep’s wool and other such fibres.

With the overwhelming positive impact of the cochineal bug on the Coral cacti at Tarmoola Station, GNRBA sought funding from State NRM to investigate what, if any, options there are for a biological option to tackle the ever-increasing spread of Bathurst burr.

GNRBA encourages anyone who sights Bathurst burr plants or seed pods to advise their local shire or the GNRBA office of the exact location so it can be mechanically or chemically destroyed.

This project is supported by funding from the Western Australian Government’s State NRM Program. 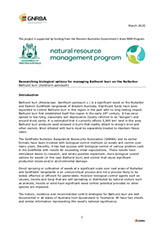 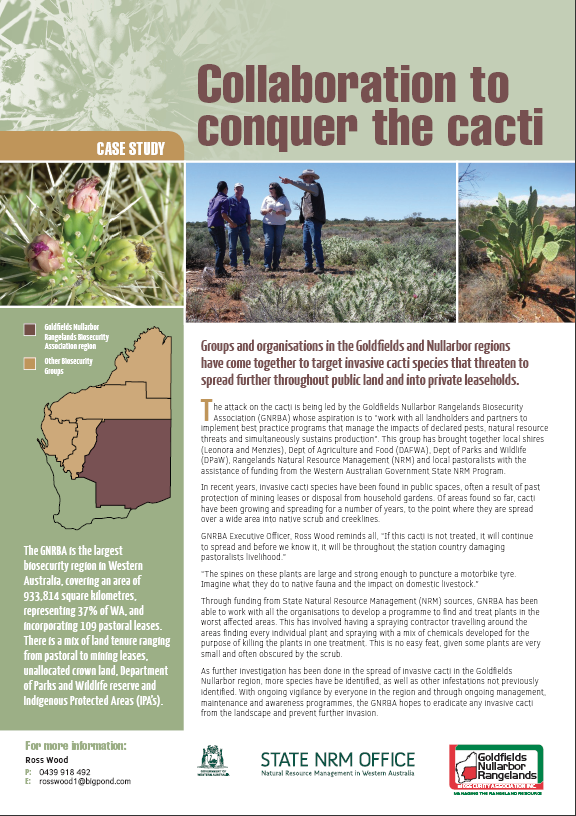 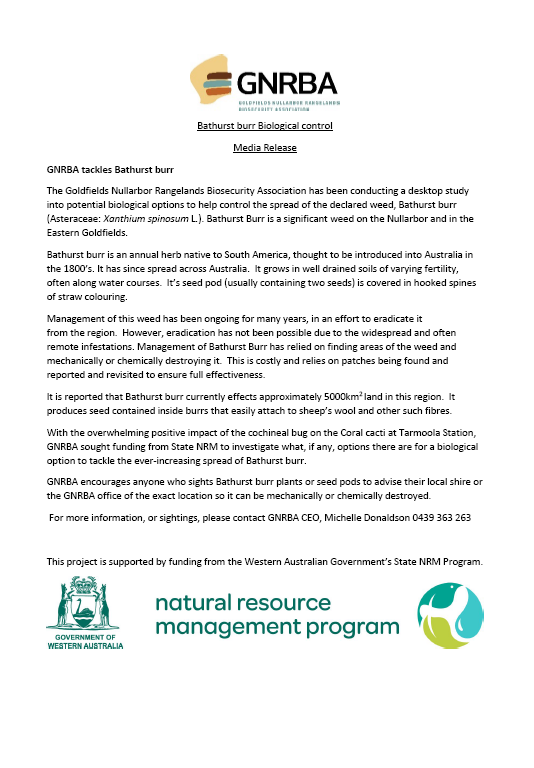